lexsurrealsoul14: the second half of 2014 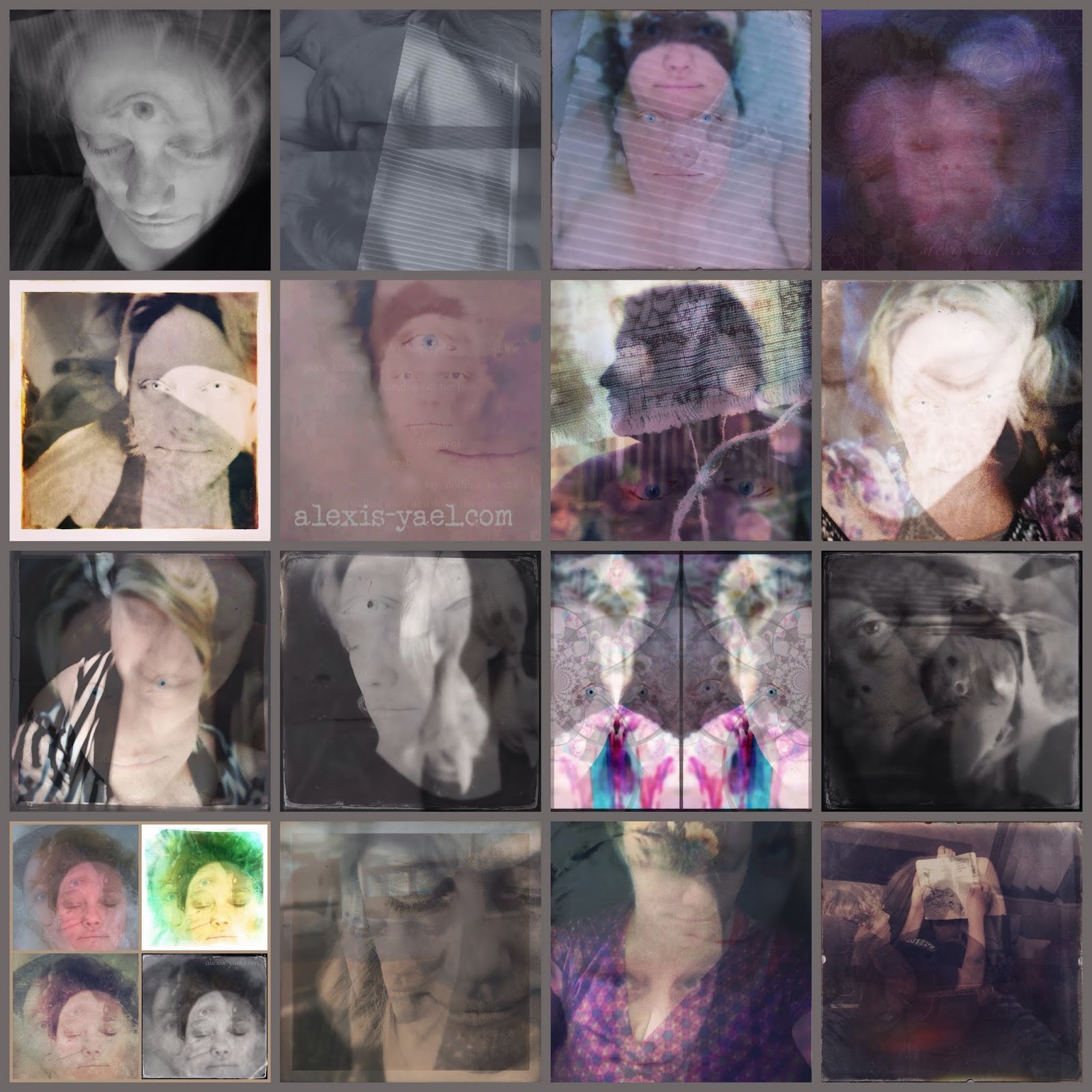 In early July, we flew home from our California adventure and I came down with a nasty virus that quickly devolved into bronchitis after I overtired myself out during my initial recovery. (Ooops. Yup, I'm still human. Good reminder.)

In late July, I continued resting, but did a lot of stuff in between. That's when ebb and flow really started asserting itself into my year, in a real way.

The colors in my project tend to be more muted when I don't feel well. That's an interesting trend. (Sometimes it might be the opposite and I need more color in order to feel better.) 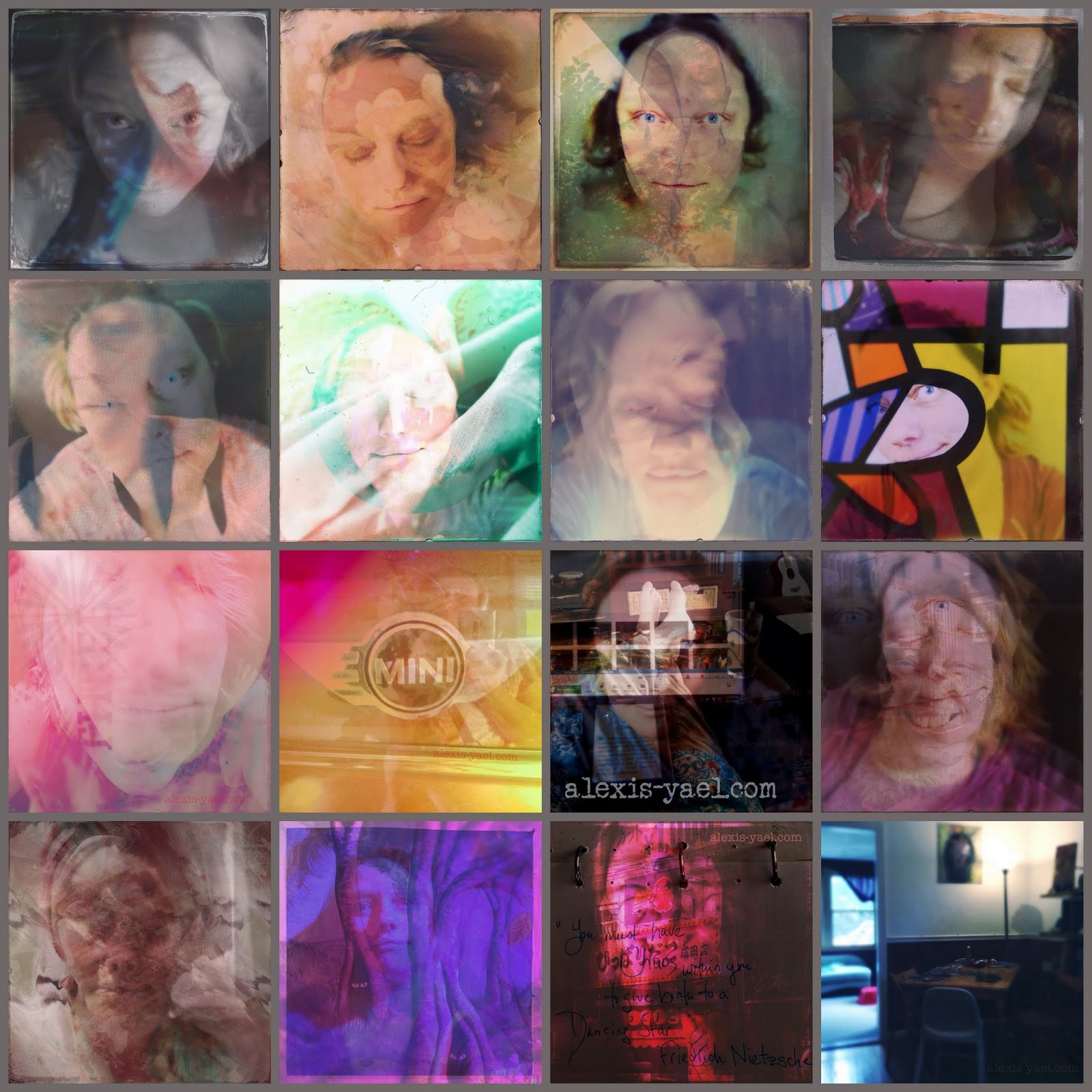 In August, I joined in on the August Break and combined them with the Root: 30 day journal prompts. That was a lot of fun. I wrote a lot. Mostly on my iPad mini, which was a revelation in and of itself.

I discovered that run flat tires are a great metaphor for my life as a survivor.

Mike Brown's murder led to protests, starting in Ferguson and spreading outward. I share more on Facebook about politics and social justice, but my grief for the social injustice in this world is always present.

No parent should need to bury their child. 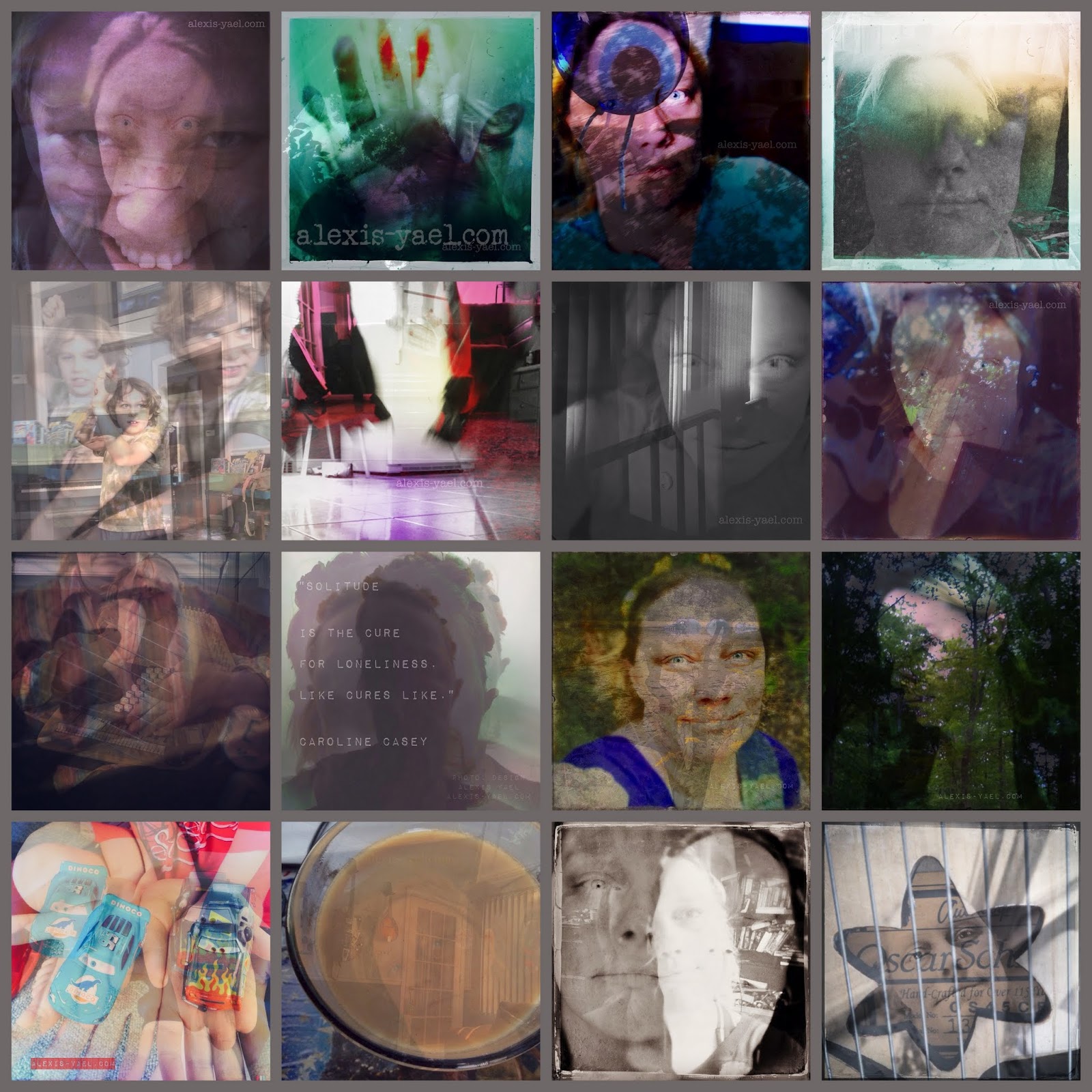 I went to MagiQuest with my fledgling mage many, many times. We managed to finish the last level together (defeating the silver dragon), right before his season pass ran out. It ended up taking us two days.

We also went to the Ren Faire and on many many other adventures. August was really fun.

At the end of August, we went on a spur of the moment family vacation to the southern NJ shore. It was our 15th anniversary weekend. 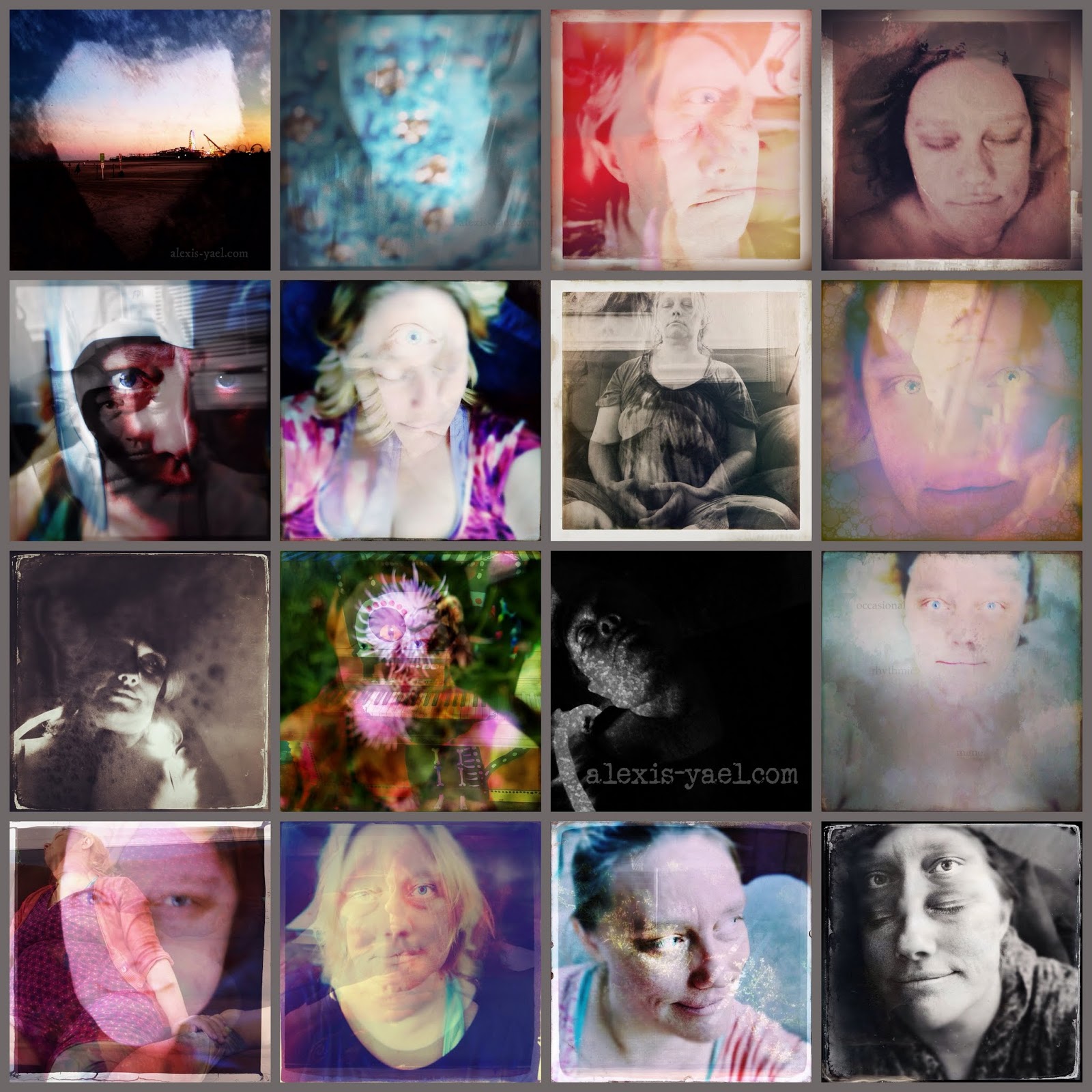 September was a reset month, because academia.

I started a new side project: the light and shadow series. 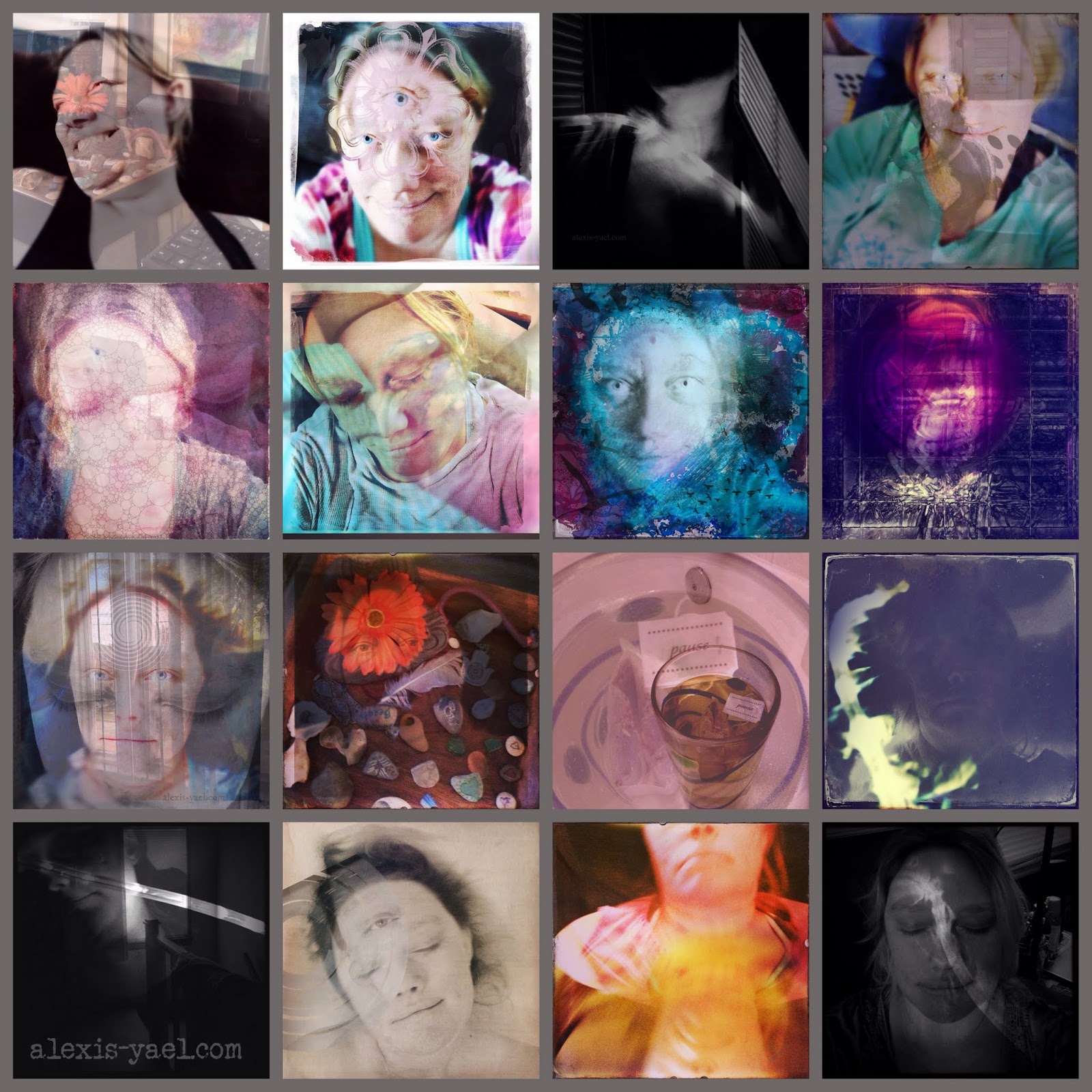 And then I got sick again, and once more it went into my lungs. But this time, I had learned my lesson and I rested and got better sooner. (But then I got hit with another cold in October.) 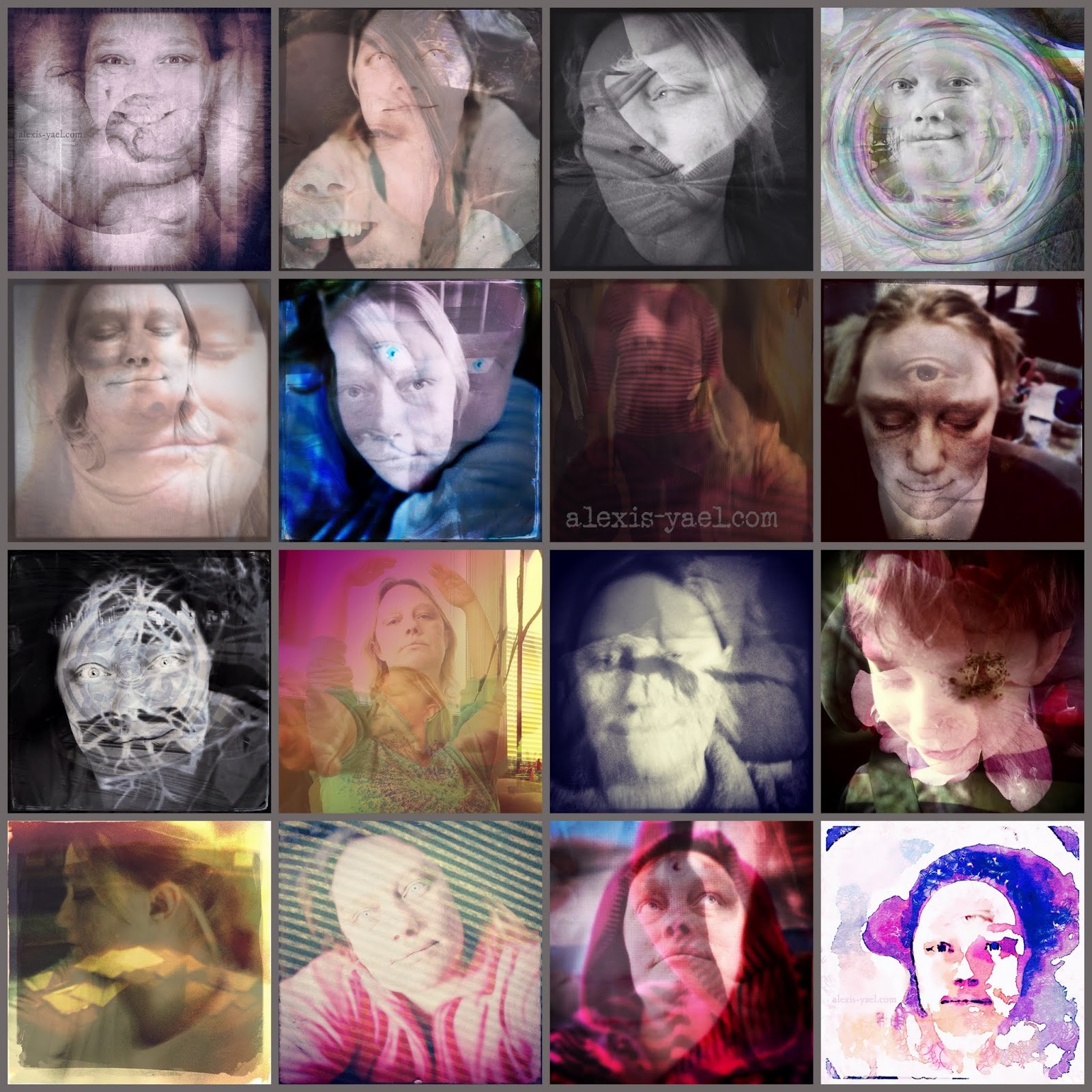 I finally got angry. I had been sick so much. Fuck asthma!

Anger and gratitude aren't mutually exclusive. I embraced all my feelings.

In October, I realized one of the reasons resting feels lazy to me, and I let go of that lie which helped me rest enough to actually get better. Until the next virus hit. 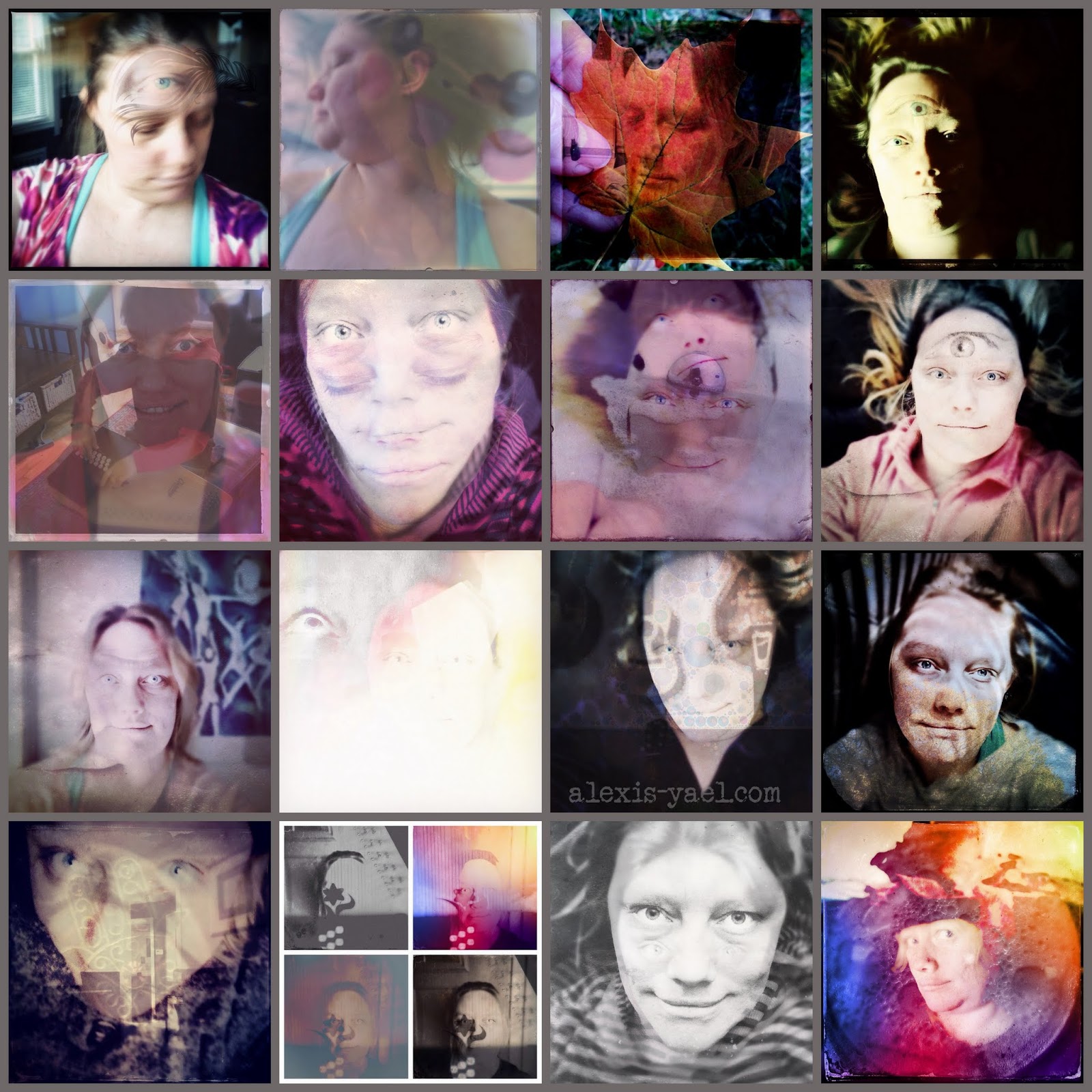 I let go of needing to work on my book while I was focusing on healing. (I realized I didn't feel I was good enough to write the book, too, which is something I'm still working on.)

Which ironically led me to the epiphany that it isn't an either or, book or blog. It's both.

And then Hipstamatic put out a new TinType app and my artistic self exploded with joy. 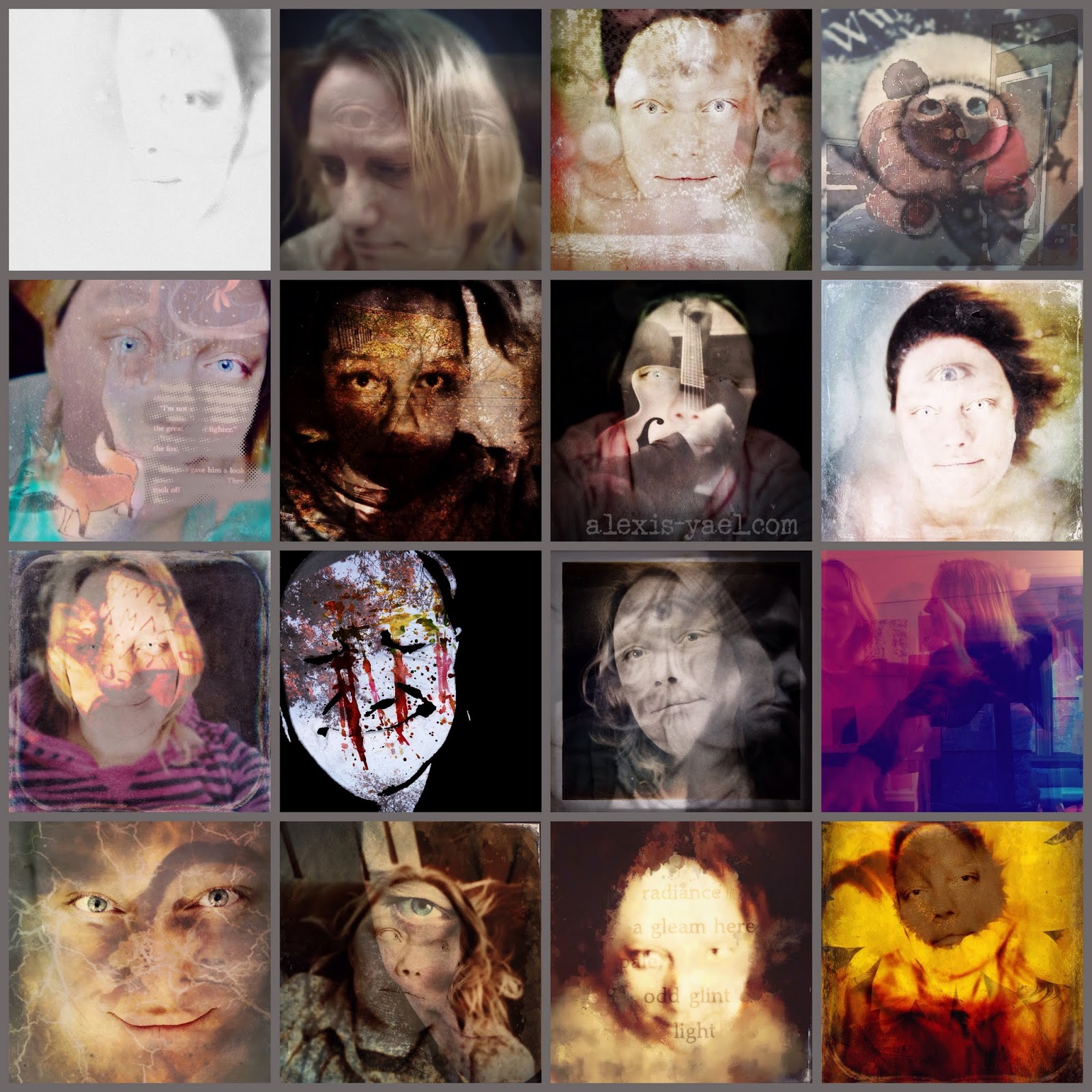 November. Where do I start?

November was action packed and amazing. And required a lot of resting in between.

We went to Disneyland, just Remy and I (M had a conference in Southern California). 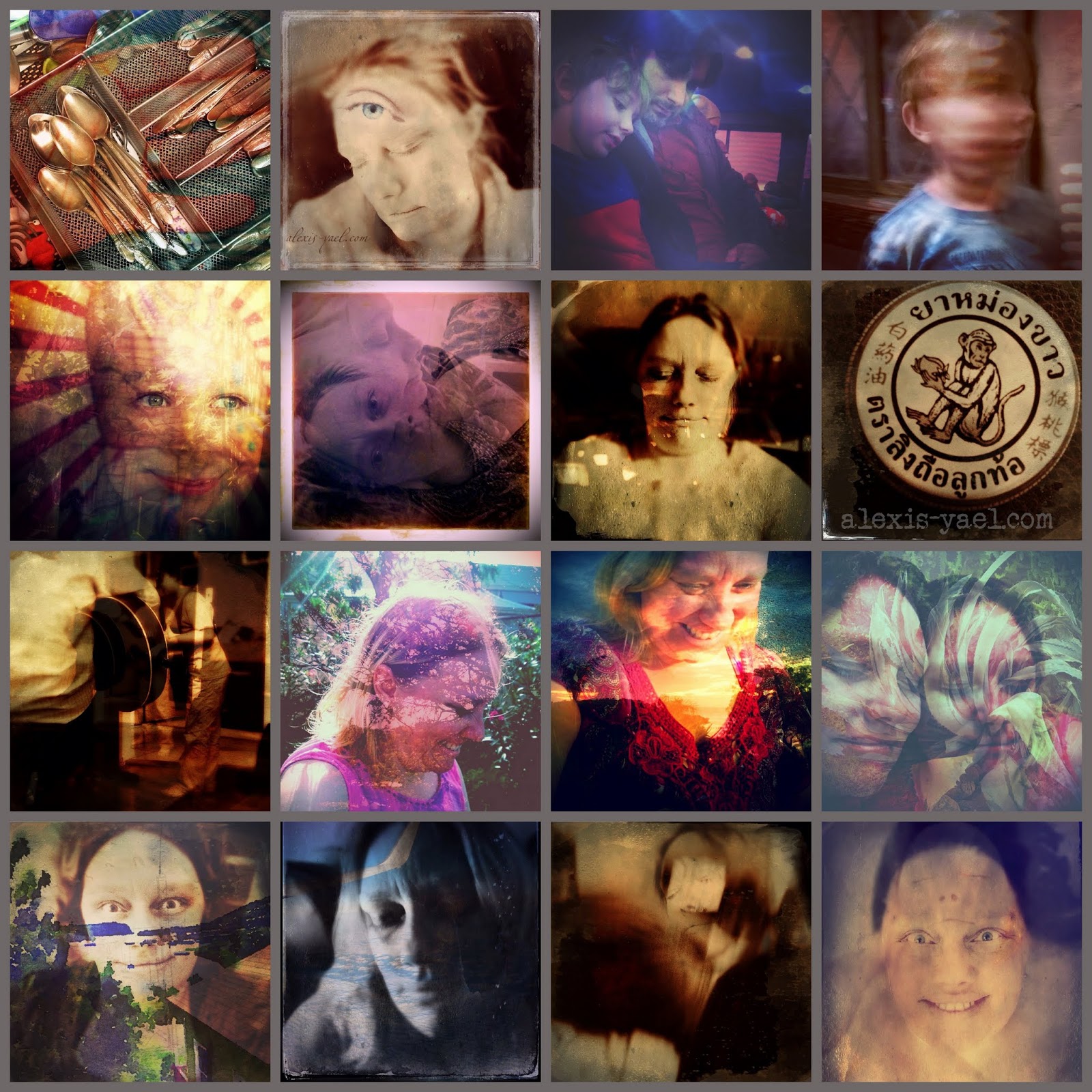 And then - omg, my life, my amazing life! - we went to Antigua for a wedding over Thanksgiving weekend. 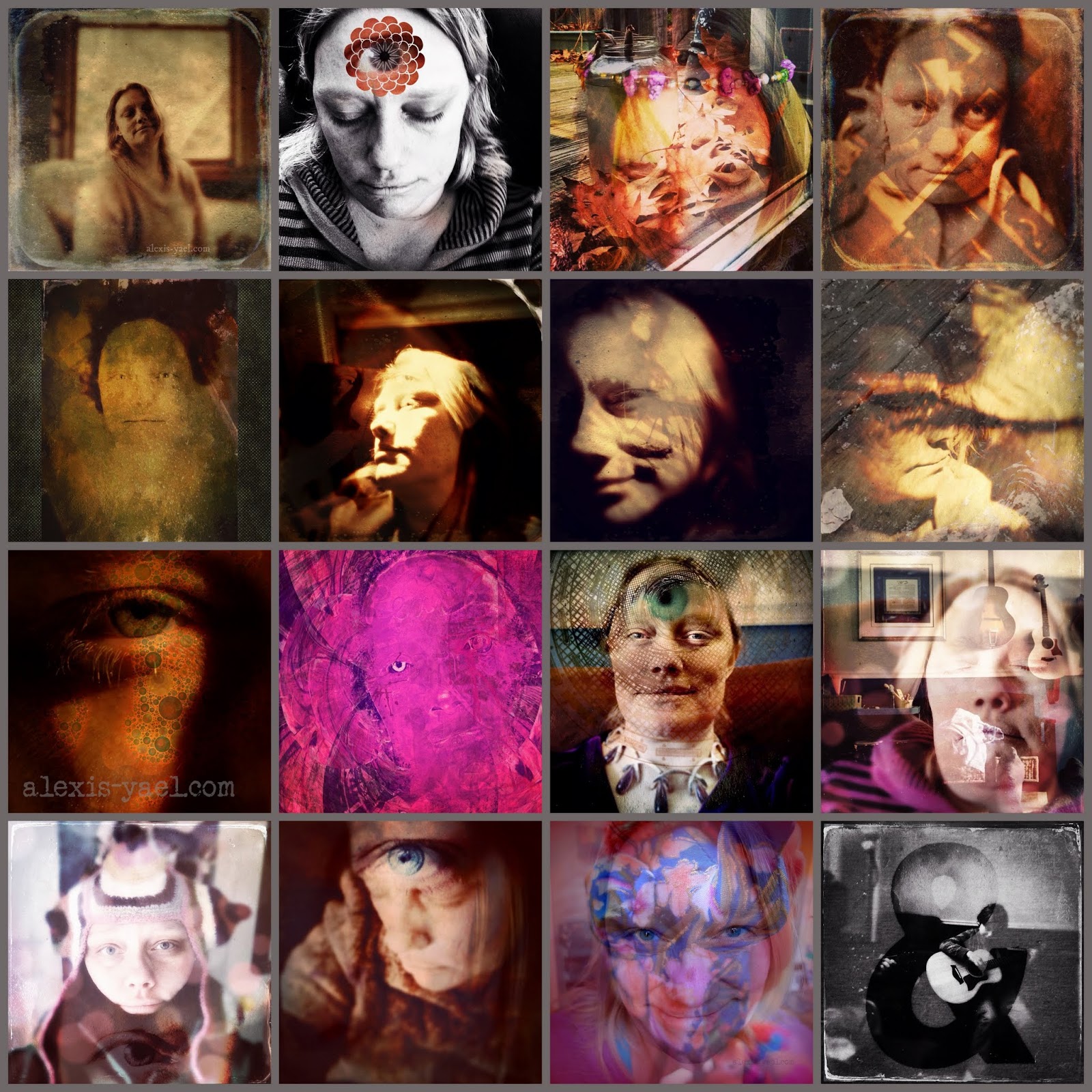 We brought yet another virus back with us from Antigua, so the first part of December was kind of a blur of more resting and adventures when we all felt well enough.

(The last virus did not hit me, or hit me much less hard than it hit M. He was sick for two weeks, which was a lot for him.) 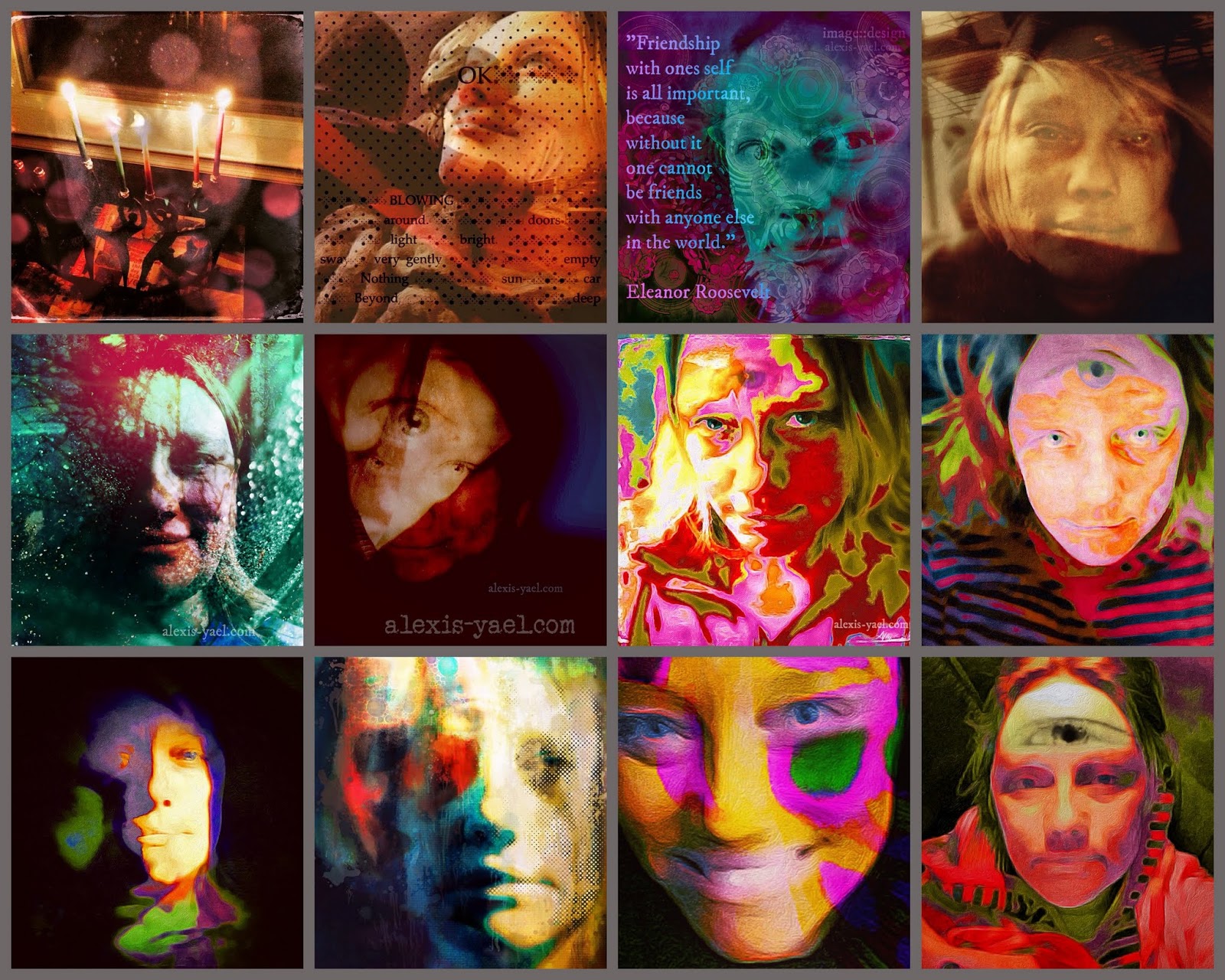 And then the end. The last lexsurrealsoul14 is here. And, ok yes, it's one of my favorites from the year.

Not that I play favorites.

But oh my deliciousness - the colors got more saturated as the year went along, didn't they?

No, not really. I already tried. But clearly, I needed to go through it again, via these photos.

I did a lot of digital experimentalism this year. Photo manipulation. I started feeling like I needed a different word than photographer, actually.

Like everything else, it was a gradual realization, culminating in an aha moment when I updated my about page. (I went with "digital artist.")

And I realized (yet again) that I'm not in this world to be liked. I make these pieces because I want to make them, I love making them and I love having them as a record of my year.

And that's why I decided to keep going. My new 2015 project is officially hashtagged: #unfoldinglex15.

I plan on having fun seeing where 2015 leads.
Labels: #lexsurrealsoul14 #unfoldinglex15 embracing self-portraits souling the self surreal surrealsoulscapes unfolding year in review 2014