updating (why I got an iPhone) 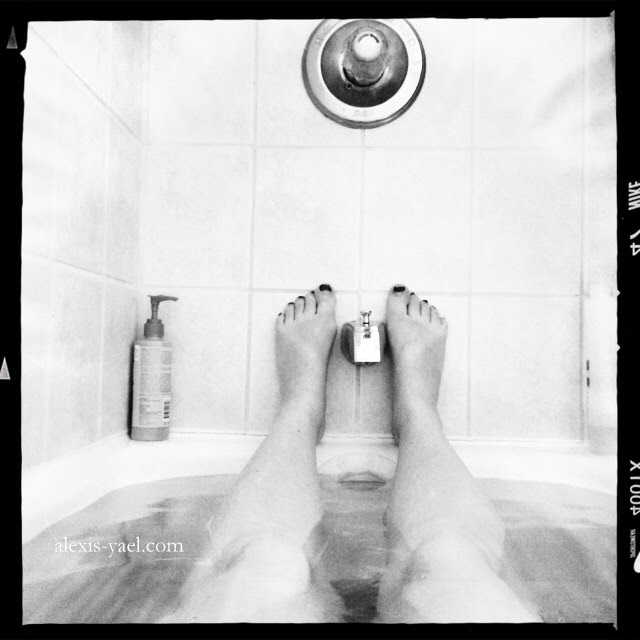 It occurs to me that even though I often write in depth here about how I make electronic purchasing decisions (because my friends often ask me for recommendations), I never actually wrote about how my Window phone's camera died while we were in Morocco and the iPhone I replaced it with.

Long story short*, my phone fell into the deep end of the pool at the riad we stayed at in Fes and the camera died.

When we got back to the US, I found that texts and phone calls still worked but I was worried they'd suddenly quit at any minute, so I made sure everyone knew if they didn't hear from me they should call the house.

I had been paying for phone insurance since I bought the phone, but was shocked to find out that there was a $100 deductible. Which was more than the phone itself was worth, used.

So I had a choice to make: pay the deductible, buy a new (used) phone or wait til my contract renewal/ phone upgrade came up at the end of July.

I waited three weeks, and upgraded my phone.

Having happily used Apple, Android* and Windows* in the past, I had absolutely no brand loyalty. I wanted to find the best camera, I mean phone, for me.

Oh, I researched the heck out the available phones.

I looked especially hard at the "waterproof" phones, only to find out they're not as waterproof as they appear at first glance.

In the end, I went with a refurbished iPhone 5s.

It was the right decision, for me, because of how I use my phone: mostly as a camera and sometimes for texting and GPSing* and even more occasionally as an actual phone.

I was worried* that having a smaller phone would irritate me, but then I realized that I'm not giving up my iPad mini anytime soon. I can easily sync the two and edit photos on my mini. It works a lot more than the workaround I was using with my Lumia.

The bonus for me is that last week Hipstamatic unveiled a huge new update, which I absolutely love. Of course.


____________________________
* Long story long: I quickly disrobed (I had my swimsuit on), jumped into the *freezing* pool and managed to find my phone within a minute or two with my toes. I powered it off and got a bag of rice from the riad staff, but I didn't realize until too late that I should have flushed the chlorinated water out before I put my phone in a bag of rice to dry it out.

When I turned it back on, the screen looked super faded but everything worked at first.

And then, after taking a few test photos, I heard a "pop" (which sounded like the flash bursting) and the camera shut down. The power button also stopped working.

Ironically, the dedicated camera button still worked, but instead of opening directly to the camera, it opened to the home screen.

(I couldn't power the phone off at all, so I set it to sleep after a minute of inactivity.)

Very luckily, since we were still in Morocco, I was still able to use the GPS.

* While I have no bias towards Android - I got my husband a Droid Mini last summer! - I do actually have a slight bias against Samsung because I'm still annoyed about their built in obsolescence. I started off very happy with my Galaxy Player, but as soon as they stopped upgrading the thing, I got more and more frustrated with it. Which was part of the reason I upgraded to the Lumia in the first place!

* I would have been happy to remain with Windows, but since Nokia sold Lumia to Microsoft, the camera quality has gone significantly down. The best Verizon Nokia Lumia - the Icon - has been (unofficially) dropped and is impossible to find, except used and it was unclear over the summer whether the Icon would get the Windows 10 update (the answer is: not officially, from Verizon, but you can "preview" it from Microsoft directly).

If I'd been able to wait a few months (without worrying my phone would just suddenly die right when I needed it most), I might have made a different choice.

* I was also worried about losing my awesome, data free GPS capability (which is SO SO SO useful when we're traveling. But after researching the situation, I found out that the app Here (which is an Nokia app that's native to the Lumias) was available on iOs and Android, so I didn't take that into account in my phone buying purchase.

ps: Here is fabulous! I don't get paid to say this, it just really is great. I have maps to the tri state area downloaded and use my phone as a GPS without data with ease. It's fantastic. The maps are a memory hog, so I don't have random ones downloaded, but it's easy enough to download them as needed.
Labels: #wabisabimoroccoadventure android android vs apple fes galaxy player 5.0 geekery hipstamatic iphone 5s iPhoneography iPod touch lumia 928 morocco reviews self portrait updating