wii fit (at any size) 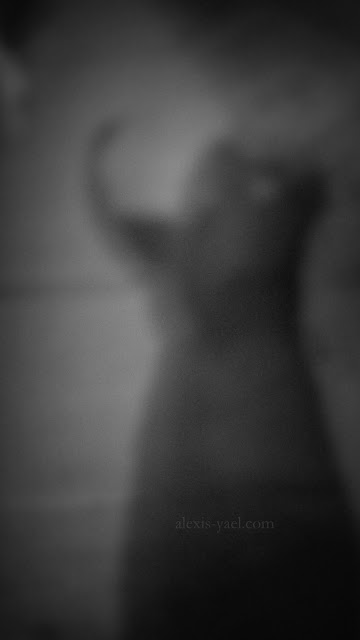 I mentioned before that Remy and I bought a Wii U. And then I mentioned that I was surprised by how awesome post-exercise endorphins are! I'd actually forgotten! Which tells you how much I needed them.

After we bought the Wii U*, I decided to go ahead and buy the Wii Fit U set. That's the one that comes with the balance board and tons of games that are designed to get you moving.

We've had it for two and a half weeks now and I've basically used it every day (with two or three exceptions, one being the very first day of my period and one or two days last week when I had a headache/ didn't feel well).

For the most part, Remy is playing it with me (you can only play one at a time, so we take turns - we have other active games we can play together). After a week, M even made a Mii so that he could play. It's fun, getting top scores in the games (even if they're only personal bests). I also like the yoga and strength training a lot (soreness, yes) and what I've been able to play* of the dance games has been great.

Even before I bought the fit, I knew there would be one thing I did not like about it, and my experience is proving that right: it is very, very body-shaming.

Knowing that it would be, going in, I was prepared.

And I also knew it wouldn't be shaming Remy, because right now his BMI falls in the "normal" range. If his BMIwas higher, I probably would not have bought the game, because he is only nine and doesn't yet have the tools to counter a game body-shaming him. Or we would have talked about it extensively before purchasing (as it is, M and I have both talked to him about body-shaming and the game, because we don't want it to encourage him to shame other people, either - but that's an ongoing conversation, because our culture is very body-shaming, generally).

But aside from that one main issue, I am thoroughly enjoying getting myself back into better cardiovascular shape. Because the truth is, after my bouts with bronchitis last year, I didn't work on it, at all. At first, I was resting (for real) but then I might have let inertia get the better of me.

And it got worse and worse, with each progressive allergy season.

This summer's trip to Morocco was basically the last straw: I did not like how weak I'd gotten. Walking up stairs does not need to be so much of an issue. Ugh.

I'm comfortable with my body size and shape, but not with feeling slow and weak when I don't need to be.

It was time to start moving again. (Including getting back to doing yoga and dancing, which are both so important to my mental health.)

I tried getting myself into a routine of nightly walks, but that's not going to work when winter comes AND it doesn't really get me progressing further (plus, taking my camera with me means I'm more likely to meander instead of walk).

And that's where the Wii Fit U came in.

I decided I would use it consistently and I have.

The first time I did a ten minute run (ok, really jog) around my living room, I was so tired halfway through that I thought I could not keep going. But I did. Remy encouraged me and I encouraged myself.

Last night I did a ten minute run (jog) and thought, "OK, next time I can do twenty minutes." I was still tired by the end, but I didn't tire halfway and I never once thought I couldn't do it. I knew I could.

I wish the game wasn't so body-shaming. BMI is not the end-all of fitness.

I believe we can be healthy at any size.

The key is being healthy, though. And that's why I'm playing on my wii fit every day. To regain my health.

And also to get more personal bests! So addicting! I beat the advanced balance bubble level last night while Remy and M were at soccer practice and I was so excited to tell them about it when they got home!

My Mii may not get smaller, but I'm not wheezing after I walk up the short hill to pick Remy up at school anymore, and that is a huge win for me!

And I'm dancing at my desk again while I'm writing!!

* Ironically, we bought the Wii U over the Wii because Remy wanted to get the new Disney Infinity 3.0 game, but then before he'd saved up enough money for it, it was released as a free (with in-game purchases) Kindle app. He's been doing chores in order to get money for the in-app purchases and it's working out so well he is not planning on saving up (or asking) for the Wii U version.

So in retrospect, we could have just bought the old Wii and that would have been ok. But I like having the newer version enough that we're keeping it. The Gamepad is pretty awesome. I still haven't found a game for M and I to play together, but I think in time I will.

* Right now, we only have one working Wiimote plus because one of the plus extensions that I bought seems to have failed. I bought a used copy of the Wii Sports game that comes with a new plus extension. I'm looking forward to being able to play more of the dance games when it arrives (scheduled delivery is today). If I get bored with those two games, then I'll look at dance/ zumba games for the winter.
Labels: asthma body acceptance body love bronchitis daily practice dancing health M morocco no shame photo walking play playing Remy standing desk wii u yoga