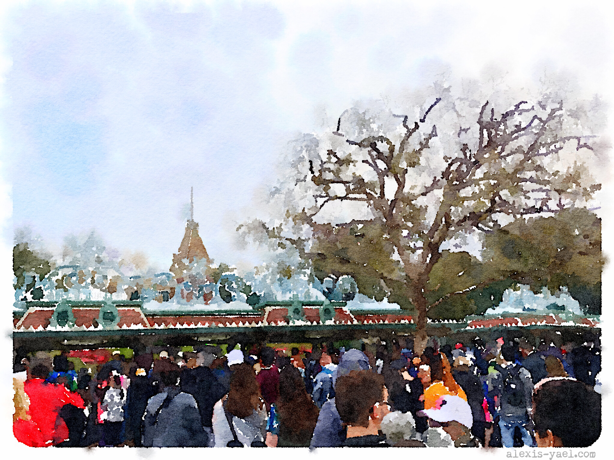 [I just found this post in my "drafts" folder. Apparently I forgot to post it in January, after I wrote it. I decided to post it now, because why not. we went to Disneyland in the first week of January and lived to tell about it.]
disneyland during winter break, even at the trail end, is crowded.
I knew this going in, of course, but what I didn't know was that at a certain crowd level, some single rider lines get shut down. that put a slight crink in my plans last Friday, but not so much that we didn't have a great time.
R rode the Guardians of the Galaxy ride twice (using my fast pass the second time - I didn't need to ride it again after experiencing it on Wednesday). We rode every major ride we wanted to ride (twice, in some cases), only having to skip Indiana Jones (no single rider line all day until the last hour we were at the park, and then they said it was as long a wait as standby), Astro Blasters (because it was out of order during our fast pass time) and Pirates of the Caribbean, which doesn't have a single rider line or fast pass and was solidly too long a line for us all day.
we'd ridden all those rides on Wednesday. so Friday, we added more new rides (!!!) to our repertoire. 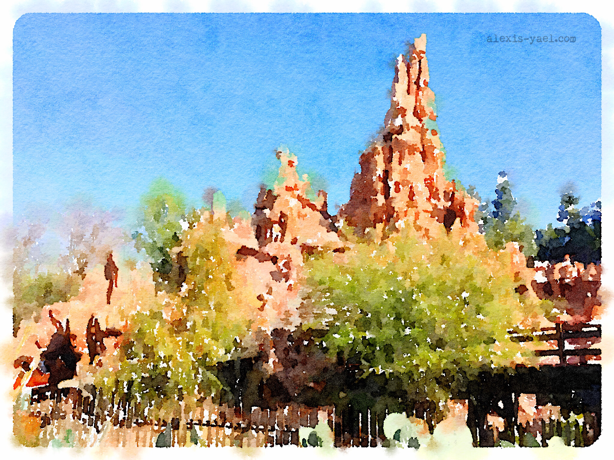 I hadn't ever been on the Big Thunder Mountain. or the Monorail! or Grizzly River Run. and now I have!
our new rides on Wednesday were the Matterhorn Bobsleds, the Railroad, Guardians of the Galaxy, Radiator Springs Racers, Star Wars Path of the Jedi, Monsters Inc., and Remy hadn't ever been on Space Mountain or Pirates at Disneyland (just disney world).
and of course, we rode our favorites multiple times. Star Tours (3x total). Space Mountain (4x total).
Labels: California digital art disneyland gratitude highly sensitive people holidays magic Remy single rider traveling waterlogue yes