thoughts on accidental glutening, getting a nima sensor and metta practice 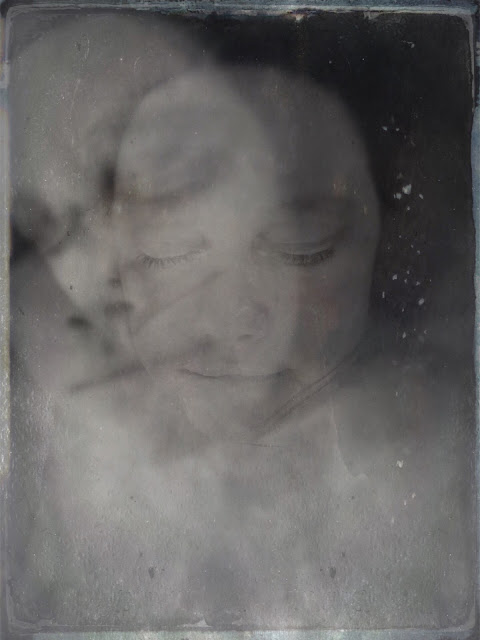 sunday night, I got glutened by who knows exactly what - most likely some frozen vegetables that we apparently bought without a gluten free label (they also didn't have an allergen warning).

saturday night, I had bought a nima gluten sensor, but it won't arrive until later this week, because I didn't pay extra for rush delivery.

(and I bought it from their website instead of amazon because I used a coupon*.)

knowing that I was about to get a gluten sensor made sunday's glutening feel even more horrible than usual. but of course, it was the same. it was my reaction to the pain that was different, because I had that "if only" addition.

which, let's be real, is probably going to happen once I get the sensor as well.

if I decide not to test something (to save a testing capsule or because I've run out of capsules) and get glutened, I could see myself retroactively beating myself up for not testing.

not to mention that, in terms of cross contamination, the nima can only test what it is given to eat. so there might be cases when one side** of a plate has traces of flour from a server's hands and I haven't tested that part of it.

and I can't change my physical reaction .

but I can let go of that extra beating myself up emotional reaction.

it has already begun: after feeling the frustration of the "what if" on sunday night, I let it go.

yes, it is extremely frustrating (and painful***) to get glutened.

it sucks. it hurts.

and the more gluten, the worse it is (which seems obvious, but might not be).

and I can only mitigate that physical reaction by using various meds (benedryl being the most important one, but also ibuprofen because I don't like to hurt), taking extra magnesium, drinking lots of water and using compression to keep my joints from feeling so achy so I can (try to) sleep.

which is exactly why I bought**** the nima sensor.

(oh my goodness, am I looking forward to its arrival! I plan on having quite the testing spree. yay!!!!)

and when accidental glutening happens, to practice, over and over, letting go of the extra emotional reaction of blame, frustration and "what iffing" myself. being compassionate with myself and with others - we all make mistakes.

this combines mindfulness with metta practice:

practicing surrendering to the moment, as it, not wishing it to be different.

(not adding the extra suffering of what if.)

(of myself. and others.)

(towards myself and towards others.)

* I signed up for the nima mailing list to receive ten percent off my purchase. there are blogs where you might be able to find better coupons. I don't do paid reviews and I don't have a coupon to offer you right now, sorry.

** I plan to mitigate testing error as well as I can, using the testing methods they explain on their site. there are limitations: nima can't detect fermented gluten proteins, so anything that potentially has soy sauce is still problematic enough that I wouldn't eat it unless I saw the label on the bottle myself or trusted the knowledge and training of the chef. having the nima doesn't mean slacking off. I still need to be diligent.

(that's one of the hardest things about food allergies and celiac disease, especially socially. but it makes such a huge difference we learn to stop caring if we're perceived as rude. kindness still matters, though. throwing a temper tantrum doesn't get the best results.)

*** my current list of symptoms: asthma (lung tightness, extreme mucus production), full body pain (joint swelling, I assume), itchy skin, acid reflux, and GI distress. obviously, with all that, it makes it hard to sleep, which makes it even more difficult. baths help a lot.

**** with immense gratitude for being able to afford it without worry.

with my history, I do not take that ability for granted. I am grateful beyond measure to my current economic privilege and I use that gratitude to fuel my opportunities to give to people in need.

I believe and participate in direct reparations.