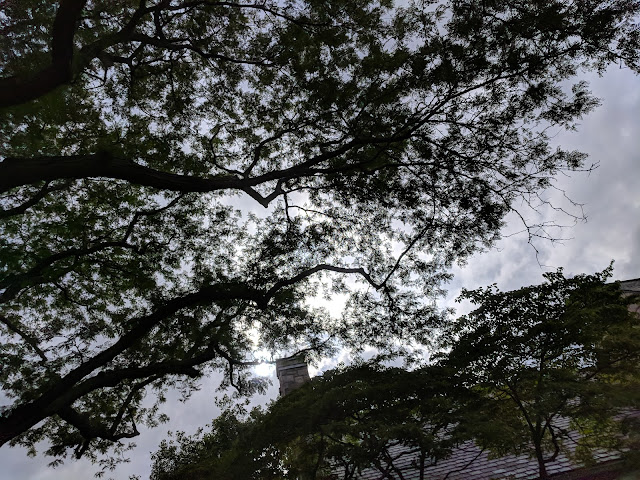 at our old apartment, that wouldn't have been an issue, because we had central air, but here we only have one stand alone unit. however, we're not so far removed from the days when we only had window units that we don't remember what to do.

(go out somewhere with a/c during the day! sleep in the room with the a/c.)

we did break the "living without central air" rules a little last night, when we used our oven to make frozen pizzas for dinner. they were yummy, so it was worth it. (also the kitchen isn't very connected to our bedroom where the standing a/c unit is. so it was fine.)

today. we're going to go bowling. we'll try a new-to-us type of bowling called "candlepin" which was developed in this area. it could either be a lot more fun than traditional bowling, or a lot less. we'll see.

tomorrow, M has his first interview scheduled and Remy and I will go to the movies, most likely to see something we've seen already. either Mission Impossible or Ant Man and the Wasp, I'm guessing. we'll see.

(always a favorite life motto of mine.)