word of the year 2019: connectioning 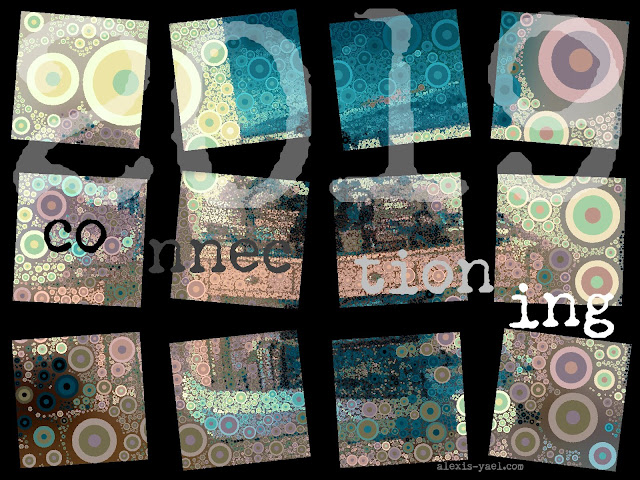 connecting the connections. the intricate connecting web of connected webs. connection multiplied. connect/connected/connection/connectioning. words and images and thoughts and feelings and movement and sensation. all of it connected and connecting. yes.

I think this will be my year to focus on building the ever widening connectioning that are within me, and without, spiraling out and in, in and out.

the dark to the light and back.

light, shadow and everything between.

this year's word is a gift word. a word I made up, in this moment, as I was looking at this photo and envisioning the year ahead, the connections we're making and my deepened trust and the possibilities before me.

(and then I took the photo and superimposed the word on top of it in a way that pleased me. as I do.)

for a made up word, there's a few instances of it being used, according to google, in the world, which pleases me.

mostly the word is used in technical applications, as jargon in an academic paper or possibly as a non-native English speaking person mistakenly using it instead of connecting. but there are a few artistic uses and those resonates. enough to say yes, this is it.

* I've been declaring a word of the upcoming year ever since  December 2010 when I also retroactively gave 2010 a word.

Labels: connection connectioning digital art gray interweaving light and dark made up words practicing what is hard theoretical what i need to tell you what we love word of 2019 word of the year