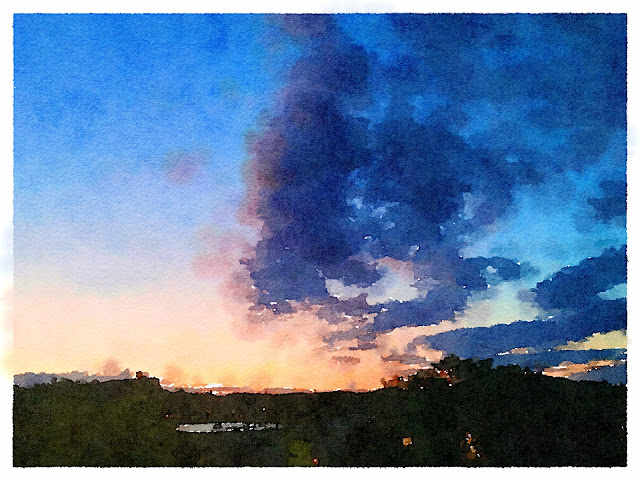 I have been sober for 44 days.

I had PTSD flashbacks in my twenties (I wrote about the robbery attempt where I was used as a human shield here) and have suspected for awhile that I might also have cPTSD as well, as a result of childhood trauma.

The next night, I had a glass of wine with dinner and as soon as the (minor) effects of the wine wore off, I experienced another, even more debilitating, flashback/ panic attack. Yes, there was a trigger, but after a cursory Google search, I realized the intensity of the attack was heightened by the wearing off the wine.

And so, I stopped drinking. Processing trauma is hard enough without additional suffering. I wasn't sure how long I would need to stop drinking for, but I knew I needed to deal with the flashbacks without that wearing off effect. Triggers are going to be triggers until they're processed, in my experience. And then they'll still be triggers, but they'll be easier to deal with.

(Nightmares instead of daytime flashbacks. Nightmares I can lucid dream through instead of ones that wake me up and keep me from getting back to sleep. Nightmares that I can solve.)

I had another few weeks of awful flashbacks and panic attacks and slowly and surely, I have dealt with them and they have subsided.

I have a lot of tools for dealing with panic attacks and flashbacks because of my previous trauma, however, the complicated nature of this particular set of traumas means having to "up" my game, which I have been able to do and have done.

Yesterday, though, I had another awful flashback, which I eventually got through. It wasn't fun, it wasn't easy, but I managed. I'm sad that I reacted poorly to people I love during the flashback (getting paranoid and angry), but I am working on that, too. I have the tools. Finding another trigger was useful, because it means that trigger can be dealt with.

(You can't work on what you don't know.)

I had been finding myself wondering at random times in the last week or so if maybe I'm starting to get to a place where I can sometimes drink again (the flashbacks haven't been as awful, my panic is lessened, I am "recovering" quicker after they happen, yadda yadda yadda) but yesterday reminded me, nope, not yet. I was very glad I had not been drinking this weekend.

And in general, I have been very glad to not be drinking, although there have been a few occasions where I missed the potential social bonding aspect of a glass of wine. There's actually more than a few people in my social life who don't drink, so that really hasn't been as much of thing as I might have thought it would be.

(One of those people is my beloved M, who quietly mostly stopped drinking a few years ago, to absolutely no fanfare. He just doesn't feel like drinking alcohol most of the time. He's modeled how to deal with people pushing "just one glass of wine" on him really gracefully. I am grateful.)
Labels: acceptance of what is anxiety connectioning digital art flashbacks love ptsd resilience self care sobriety sunset the robbery tools trauma waterlogue what i need to tell you